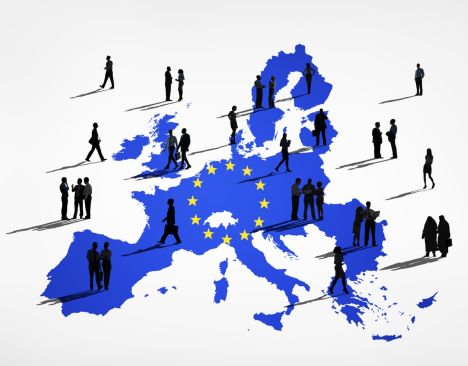 Belgium, Bulgaria, Germany, Luxembourg, Netherlands, Spain and UK will participate in European Parliamentary elections together in a single party – Volt, as confirmed by the movement’s representatives in Latvia.

The party will have more than 150 candidates, of which the youngest is 17-year-old Bibi Wieling from Amsterdam and the oldest – 72-year-old Krasimira Gerginova from Sofia.

Party’s representatives say that as the first to represent this many countries, they promise to pave the way for a truly European political space.

Among other goals, Volt wants to make sure large businesses contribute to social welfare by setting corporate income tax across all of Europe at 15%. The political party wants to combat unemployment together with Europe’s Labour Agency and using environment-friendly investments in less developed regions. Volt also plans to combat global warming by adopting European coal tax.

Volt representatives say regulations of other countries have made it harder to compete with existing parties. Italy’s election law sets a 150,000 signature collection requirement for different regions. In Denmark the requirement is for 71,000, which is equal to more than 1% of the total population. France requested Volt, which is mostly financed by membership fees and joint financing, to print their votes for approximately EUR 800,000.

Since its foundation in 2017, Volt has attracted more than 25,000 from across all of Europe.

After the European vote in May the party plans to compete in national, regional and municipal elections in Europe.